The Batta Farm, founded in 1923, is located in Via San Girolamo which links Ponte San Giovanni and Perugia. Cipriano Piccolpasso, the sixteenth century writer and cartographer, described the place with these words: “It’s a valley filled with many fruit and olive trees and many vineyards, which we can only describe as a real heaven on earth.” In this paradise Giovanni Batta, the present owner’s grandfather,
set up a small family farm which ever since has been dedicated to olive growing. In 1949, just after the second world war, Batta opened the new futuristic olive oil mill, still equipped with the typical millstones, but increasing oil production whilst maintaining the quality and always attentive to the needs of their ever increasing number of customers.
In the sixties it was Gregorio Batta who directed the mill with the collaboration of his wife Lidia, an authentic and energetic entrepreneuse fully aware of the various aspects of running a modern business, combining the strength of character of her Abruzzo origins with the reliability and more gentle spirit of Perugians.
So it is from Gregorio and Lidia that Giovanni Batta, the present owner, inherited this important business, dedicating himself to renewing both the structures and the equipment to keep up with modern technologies and bringing the oil mill to its present splendid success. 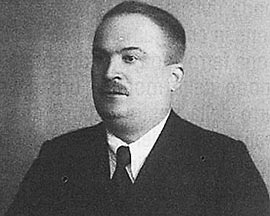 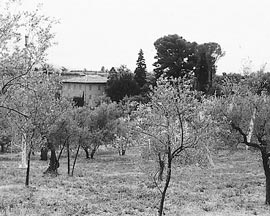 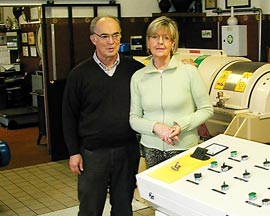 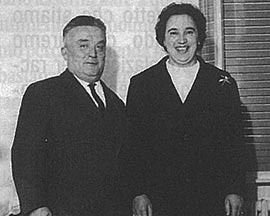